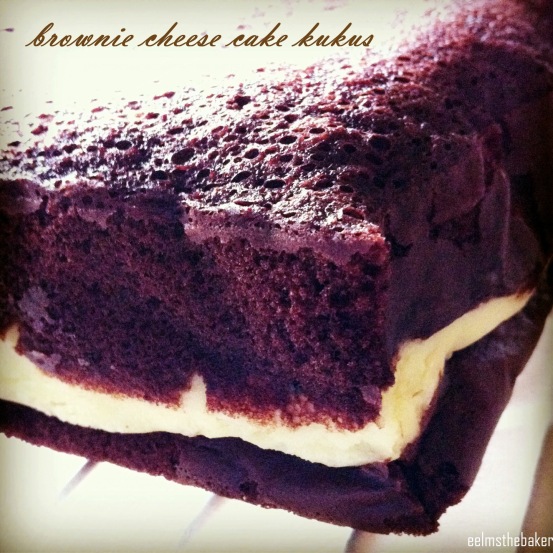 A marvelous recipe that I’ve wanted to try out since my trip to Bandung, Indonesia in May.

Brownie kukus is made famous by a bakery in Bandung. I bought some from Amanda Brownies in Bandung and I really enjoyed the original flavor. The strawberry flavor was not that nice, since the strawberry chocolate ganache was made using inexpensive chocolate that tasted oddly plastic when cold. Urgh.

My friend and myself had wanted to buy the strawberry cheesecake brownie but the shop assistant mistakenly took the strawberry chocolate brownies. By the time we discovered the error, we were back in Singapore. Buying brownies was the last thing on the agenda before we fly back, as we wanted the brownies as fresh as possible. No time for checking, since we were rushing. Sigh.

Since I couldn’t sample the strawberry cheesecake brownies, I searched the internet for a recipe I could use. I used 2 sources for the recipe below.

I must say, this homemade version tastes so much better than store-bought ones! For one thing, you control the ingredients that go in and I do not like to use cake improver or emulsifier when baking/steaming. It is almost certain the store-bought ones contain these.

What I love about this recipe is the small amount of baking powder used. The cake is soft, moist and utterly chocolaty-delicious. You must use the best quality cocoa and chocolate that you can get. 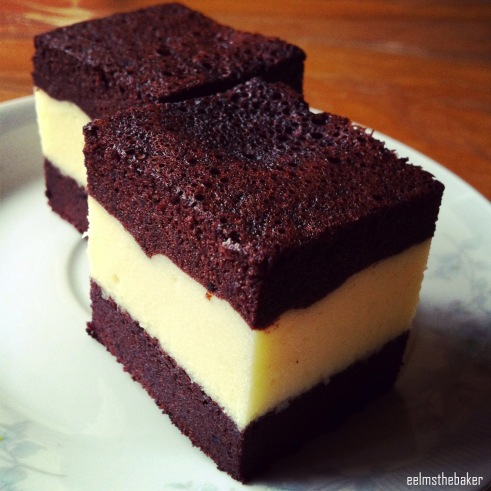 The original brownie kukus version is exactly the same recipe as above, without the cheesecake. Chocolate rice or shavings are sprinkled on top of the first portion (after the 10 minute steaming) and steamed for 5 minutes, before pouring on the second portion. This creates the distinctive chocolate fudge in the middle. Whoever created this recipe should be given an award!

This cake is a chocoholic’s delight. If you have a sweet tooth, you can increase the sugar used in the brownie. The original recipe was 225 grams, which I felt was a bit too much for me. I like this reduced sugar version, since less sugar places more emphasis on the taste of chocolate. But next time I make this, I will try increase the sugar to 140 grams or add another tablespoon of condensed milk, or use 55% cocoa chocolate. Hmm..all the different flavors for this brownie I could try..strawberry, kiwi, raspberry, coconut, orange. So many! 🙂

Unauthorized use and/or duplication of material without express and written permission from eelmsthebaker is strictly prohibited. Excerpts and links may be used, provided that full and clear credit is given with a link back to the original post. 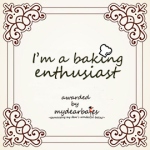 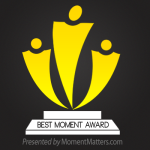 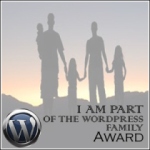 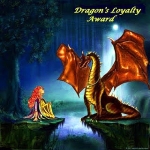 Back to top
Recipe in a Bottle

Connecting to Friends, Old and New, Through Recipes, Gardens, and Dinner Parties

Work the Kitchen
alwayswakeandbake
Food Made With Love

Food cooked and made with all my heart; putting a smile on your face

Baking into the Ether

My Foray Into Food Storage

This WordPress.com site is the bee's knees

Megalicious treats to nourish you from the inside out

A left-handed cook and a right-handed photographer cooking somewhere at sea... Welcome onboard !!!

Exploring and Creating a New Path

this is... The Neighborhood

the Story within the Story

Bringing restaurants in to your home